STETSON, Maine — On a back road in the rural town of Stetson, a bright fuchsia and green RV is hard to miss, standing out against Maine’s bleak November scenery. Printed on the side of this van are a few inspirational quotes, and in larger letters are the words “Whitney Who?” — a phrase that may not mean much to people yet, but the hope is it will soon.

This RV is standing on property owned by Whitney Messier’s grandparents. Messier is a 33-year-old originally from Old Town, and her life track has looked a bit different than the rest. She has been dealing with the genetic, degenerative lung disease cystic fibrosis for her entire life, spending about half of her life in the hospital. According to Messier, cystic fibrosis basically makes it easier for people to get infections in their lungs, scarring and ruining them. It can also cause other issues like digestive problems and diabetes.
“You have to be very vigilant with things like exercise and sleep and make sure you’re overall healthy. It’s quite a lot of work,” Messier said. 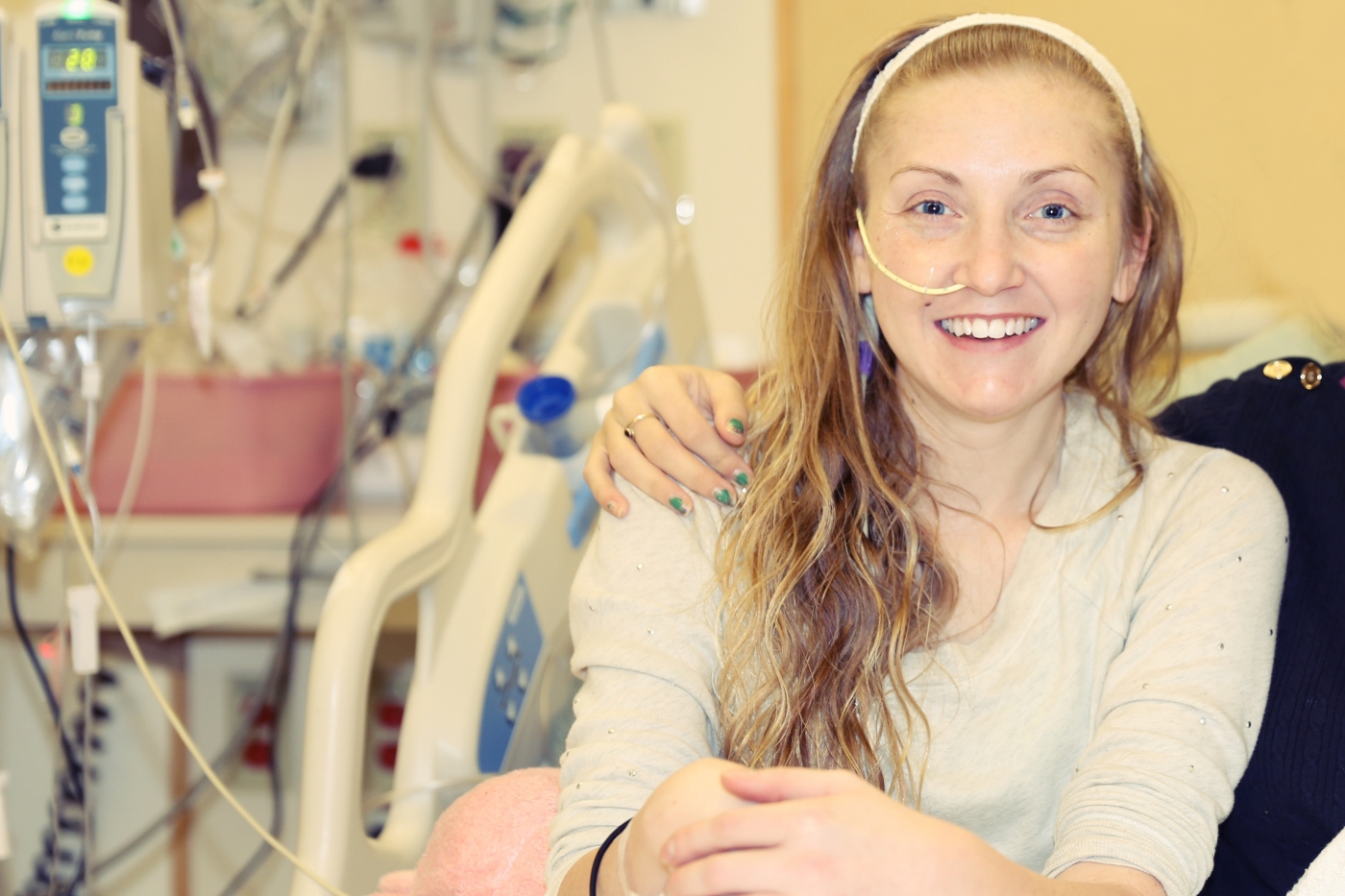 Messier told NEWS CENTER Maine in order to get cystic fibrosis, both parents must be carriers of the gene — and then there’s a 25% chance their child will have it. That meant Messier wasn’t alone in her struggles. Her sister, though nine years younger, also had the disease.
“She was a lot younger than me, but we actually connected through it. I think a lot of times when we would get sick, we would get sick together because we would pass the germs back and forth,” Messier explained. “We’d end up in the hospital at the same time, so she was kind of like my little buddy when we were in there.”
On Jan. 31, 2009, at 8:02 p.m., Messier said a final goodbye to her 12-year-old “little buddy” when her sister lost a battle to a rare form of cancer.
“It was much harder watching her pass away than watching myself be sick or almost passed away. It was much, much harder,” Messier recalled.

Messier’s journey didn’t end there. A few years later, she spent five months in the hospital — two and a half of them in the intensive care unit — and went on life support.
“Every day, (doctors) were like, ‘Yeah, she’s not going to make it another day. She’s not going to make it another day.’ My mom was sitting by me in the hospital, and I was like, ‘You don’t know me. I’m going to make it,'” she said.
On Jan. 31, 2018, at 8:02 p.m. (remember that date and time from nine years earlier?), Messier underwent a double lung transplant. Almost four years later, Messier has been in need of a kidney transplant for quite some time because of damage an ECMO machine caused while she was on life support — but she doesn’t feel sorry for herself.
“I’ve seen so many classmates pass away — people you wouldn’t think were going to pass away before me. So, I’ve always felt like I’m pretty lucky that my life has been in perspective. I appreciate life,” Messier said.

Messier wants to help other adults, especially those battling chronic diseases, feel the same. It’s why she and a small crew are working on a medical travel docuseries called “Whitney Who?” that will follow Messier as she tours landmark destinations in the United States and deals with health issues like dialysis on the road. Messier said she spent years in the hospitals dreaming about traveling, and she doesn’t want to let this roadblock hold her back.
“I can’t wait (to get) a kidney,” Messier said. “My life is passing me by right now.”

Messier said to make trips possible, she has to find dialysis centers along the route, see if they’ll accept visitors, and still return to the northeast once a month to go to her primary dialysis location. So far, the crew has driven the RV to Florida and filmed a pilot episode there. They plan to head out to Colorado after Thanksgiving, then drive the RV to Louisiana. After Christmas, her options are open-ended.

“This woman has worked so hard in the last four months. It’s absolutely amazing how hard she has worked,” said Matt McDonald, executive producer of “Whitney Who?” McDonald knew Messier before because he’s the brother of her childhood best friend.
“I’m just super proud of her for everything that she’s gone through and still keeps persevering,” Messier’s mother, Heidi Guimond, told NEWS CENTER Maine via Zoom.

Messier said her ultimate goal is to invite other sick adults along with her on these trips, as sort of a “Make-A-Wish” program for grownups. She said VICE News and HBO have been in contact with her and her crew about this project, but they want to finish the series on their own and then potentially sell it.
If you would like to support this project, you can do so and learn more about it by clicking here.