New Delhi – Achalasia is a disease where the function of the oesophagus stops working overtime. It is thought to be neural degeneration of the selective nerve fibers in the body of the oesophagus and the valve at the top of the stomach. It is a rare disease with an estimated prevalence of 10.82 and incidence of 0.3–1.63 per 100,000 adults per year.

In this disease, oesophagus muscles do not squeeze and the sphincter muscle does not open, so food cannot pass through the valve top on the stomach. Patients begin to experience trouble swallowing. They cannot  swallow regular food; they have trouble swallowing liquids and they get a sensation that stuff just sits in their esophagus. Some may need to drink a lot of fluids to get food into the stomach and others may feel pain and/or discomfort after eating. Some patients suffering from achalasia may have undigested food come up after eating or when lying down.

In this article, Dr Kapil Sharma, Senior Consultant Gastroenterology at Batra Hospital and Medical Research Centre, New Delhi talks about achalasia and one of its treatment techniques called the Per Oral Endoscopic Myotomy or POEM. 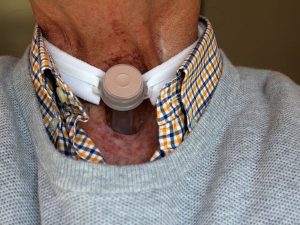 The common symptoms of achalasia may include:

Here is how achalasia can be diagnosed:

How is the POEM procedure done?
A flexible tube called an endoscope is passed through the mouth into oesophagus and  make a small cut in the inner most layer of the esophagus and then reach between the layers of the oesophagus to selective cut that stiff muscle and then close the hole in the esophagus with clips. This whole procedure is being done with an endoscope without having any incisions on your abdomen. Carbon dioxide gas ( Co2) is used for insufflation during these procedures because Co2 absorbed very rapidly hence air insufflation related complications can be avoided in this procedure.
It can be done in advance cases of Achalasia like Sigmoid Oesophagus and the presence of diverticula. POEM usually not require an additional anti reflux procedure.
POEM is also effective for other swallowing disorders like a diffuse oesophageal spasm, ineffective oesophageal motility and Jackhammer Oesophagus.
Procedure time is usually one hours and some time can be prolonged due to difficult procedure in view of  long standing disease , huge dilation and unexpected bleeder during myotomy.
However, POEM is not without risks. As with other operations, there are risks of bleeding and rarely leak which may result in a chest infection. It has been shown to increase the risk of long-term reflux, although rarely troublesome and most of times controlled with anti acid tablets.