MIDDLETON, Idaho — When Jake and Haley Comer of Middleton welcomed their new baby boy Ryder into the world, they were completely overjoyed. But, they quickly realized something might not be right. “The whole pregnancy was completely healthy, there were no signs of anything.” said Haley Comer, Ryder’s proud mom. “As soon as he was born though, he was diagnosed with low muscle tone. No parent wants to think that something is wrong with their perfect little baby.”

The Comers went to their pediatrician to get some answers. The doctor agreed that newborn Ryder was “floppy” and had low muscle tone. He recommended genetic testing to see if there was a reason for that. While waiting for the results in the following weeks, the unthinkable happened. Ryder stopped breathing.  “The day after Ryder turned a month old, I found him unresponsive at home, I had him in a little baby carrier. So, I called 911 and started CPR and luckily was able to revive him. We were rushed to the ER, and that initiated a month-long stay in the hospital,” said Haley Comer with tears in her eyes.
While they were at St. Luke’s, the genetic testing results came back. The news was not what the Comers were hoping for. “We got our test results back and Ryder was diagnosed with SMA, Spinal Muscular Atrophy Type 1,” said Haley. “It was hard, there were a lot of tears, but at the same time we want to be brave. You have to put on a brave face for your baby.”
SMA is a progressive, rare genetic disease that impacts the muscles. Babies with SMA Type 1 face many physical challenges, including muscle weakness and trouble breathing, coughing, and swallowing. 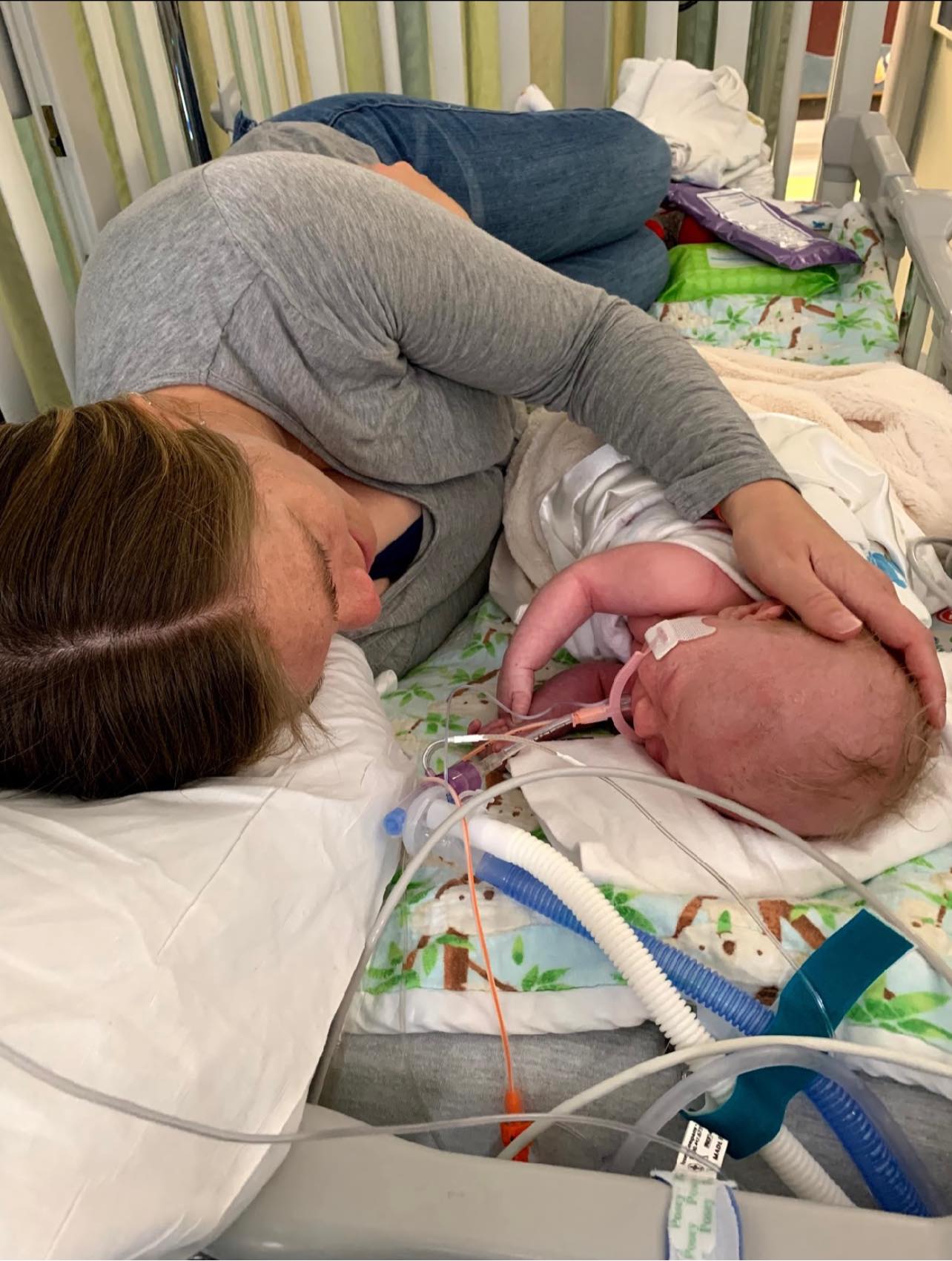 Doctors at St. Luke’s in Boise told the Comers about a promising new treatment option. A gene therapy infusion that could save baby Ryder’s life.
“They told us that they would be transferring him to Salt Lake City to Primary Children’s Hospital, because no hospitals in Idaho performed this infusion,” said Haley. “A couple days later, we met with a neurologist in Salt Lake and learned about our treatment options. This gene therapy option seemed like the best one. It’s a once in his lifetime, one-hour long, gene therapy infusion. He is missing a very important gene that produces survival motor neuron protein. That helps our body move our muscles. It basically injects this gene into his body, and then his body learns to keep producing this survival neuron protein to keep his muscles alive.”

It sounded like the best option for Ryder, but the Comers were stunned when they found out just how much the infusion treatment would cost.
“It’s called Zolgensma, and it costs $2.1 million for one single infusion,” said Haley.
Zolgensma is FDA-approved for patients with all forms and types of SMA who are under 2 years of age. Research shows babies dosed with Zolgensma as soon after diagnosis as possible have had better results than those who waited to begin treatment. It’s given through an IV infusion that takes about an hour, and it’s a one-time treatment.
The Comers weren’t even sure their insurance would cover it, but they moved forward with trying to get the pricey infusion procedure preauthorized.
“It was terrifying when they told us,” said Jake Comer, Ryder’s dad. “I was like I hope you take monthly payments for the rest of my life.”
Incredibly, the approval from their insurance company, United Healthcare, went smoothly and quickly.
“We paid our deductible, and our out-of-pocket, and they took care of the rest,” said Jake in disbelief. “That definitely took the stress of our shoulders during such a traumatic time, so we are very grateful.”
The Comers say it was all a whirlwind. Ryder received the infusion within 24 hours. 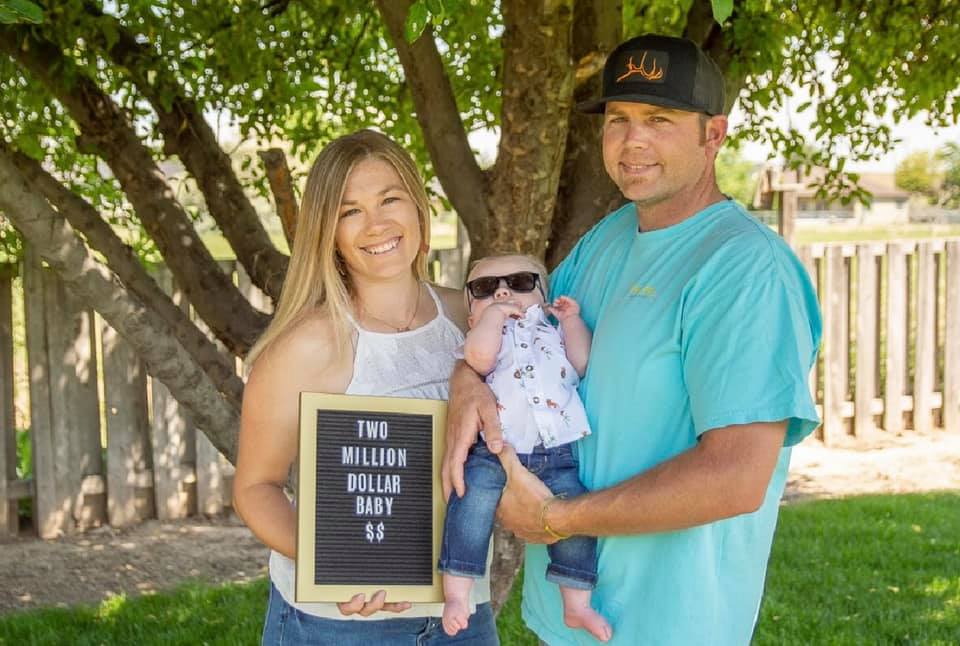 “We feel pretty fortunate because a lot of families had to fight for weeks and months to get their insurance to cover this,” said Haley. “For Ryder, his disease had progressed so much by the time he got it, he was at the point where every day mattered.”
After the $2.1 million infusion, Ryder started making strides within days. The changes they’ve seen over the past several months have been so wonderful for the Comers.
“His breathing got stronger, his voice got stronger, his cry got louder, he had a really weak cry at first,” said Haley. “Now he can lift his arms above his head and grab toys! He can’t quite hold his head up yet, but we are working on it. He is in feeding and physical therapy, and we are doing everything we can to get him stronger.”

So far, Ryder is the only baby in Idaho with SMA to receive this gene therapy infusion. Haley has a new passion. She is now dedicated to helping other SMA families like theirs. “What we are really working toward right now is to have SMA added to Idaho’s newborn screening. Idaho is one of the last remaining states that does not include SMA on its newborn screening test. It’s just a simple blood test. Before the approval of his gene therapy two years ago, the life expectancy for babies diagnosed with SMA Type 1 was not much past two years old. That is just devastating for families. So having SMA added to Idaho’s newborn screening will allow these babies to have access to treatment so much sooner. The sooner you get a diagnosis and have treatment, the better outcomes you will have in life.”
Haley has been in contact with the Idaho Department of Health and Welfare, and with the organization CURE SMA, which has been working to add this disease to every state’s newborn screening. She’s in the early stages, but this mom’s goal is to make that happen here in Idaho, too.
“We just think that every baby deserves to be treated as soon as they possibly can,” said Haley.
August is SMA Awareness Month. Baby Ryder and his parents are paving the way for other Idaho babies born with SMA.
“He’s expected to get stronger and hopefully meet those milestones of walking and talking and crawling and all those things, but we just don’t know, we are working hard in therapy to give him the best possible chance. One day a time.”
For more information on SMA, click here. If you’d like to help the Comer family with their medical expenses, there is a GO FUND ME set up to do so.